‘Beckett and TV: Innovation and Anachronism’ 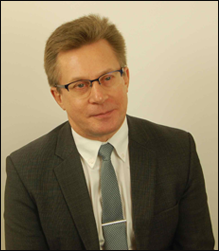 Jonathan Bignell is Professor of Television and Film in the Department of Film, Theatre & Television at the University of Reading. His work on Beckett includes his book Beckett on Screen: The Television Plays and articles in Samuel Beckett Today/Aujourd’hui and the Journal of Beckett Studies. Jonathan has published chapters on Beckett’s screen drama in the collections Writing and Cinema (which he also edited), Beckett and Nothing (ed. Daniela Caselli) and Drawing on Beckett (ed. Linda Ben-Zvi). Currently he is working on a collaborative project documenting and analysing Harold Pinter’s work for the stage, screen and broadcast. Jonathan is a Trustee of the Beckett International Foundation at the University of Reading.

‘From the Digital to the Virtual: Beckett Experiments 2007–17’ (special screening at the Ponrepo cinema) 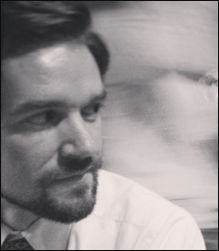 Nicholas E. Johnson is Assistant Professor of Drama and convener of the Creative Arts Practice research theme at Trinity College Dublin. Recent Beckett credits include Virtual Play (direction), Beckett’s First Play with Dead Centre under commission from the National Theatre (dramaturgy, 2017), Cascando with Pan Pan (dramaturgy, 2016), and No’s Knife at Lincoln Center (direction, 2015). He co-conceived and performed in Abstract Machines: The Televisual Beckett (ATRL, 2010) and Three Dialogues (ATRL, 2011). He has contributed to The Plays of Samuel Beckett and Staging Beckett in Ireland and Northern Ireland (both from Methuen) as well as Contemporary Theatre Review, Theatre Research International, the Journal of Art Historiography, and Forum Modernes Theater. Johnson is a literary translator (from German), with current and past projects on Toller, Kafka, Frisch, Trakl, and Brecht. He co-edited the Journal of Beckett Studies special issue on performance (23.1, 2014) with Jonathan Heron, with whom he founded the Samuel Beckett Laboratory in 2013. He is a founding co-director of the Beckett Summer School and co-convenor of the Beckett Working Group for IFTR. In 2016 he held a visiting research fellowship at Yale University. 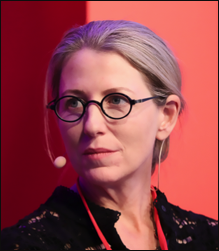 Professor Sarah Kenderdine researches at the forefront of interactive and immersive experiences for galleries, libraries, archives and museums. In widely exhibited installation works, she has amalgamated cultural heritage with new media art practice, especially in the realms of interactive cinema, augmented reality and embodied narrative. She is considered a pioneer in the field digital heritage, digital museology, digital humanities and data visualisation and is a regular keynote speaker at related forums internationally. In addition to her exhibition work she conceives and designs large-scale immersive visualisation systems for public audiences, industry and researchers. Since 1991, Sarah had authored numerous scholarly articles and six books. She has produced 80 exhibitions and installations for museums worldwide including a museum complex in India. She has received a number of major international awards for this work.

In 2017, Sarah was appointed Professor of Digital Museology at the École polytechnique fédérale de Lausanne (EPFL), Switzerland where she has built a new laboratory for experimental museology (eM+), exploring the convergence of aesthetic practice, visual analytics and cultural data. She is also Director and lead curator of EPFL’s new art/science initiative, located in a seminal new museum inaugurated in 2016. 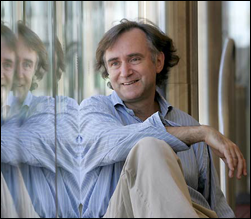 Michael Roth is a composer, music director, pianist, and sound designer whose work has been called ‘music one could imagine Charles Ives composing had he encountered rock-and-roll and beat poetry’. He has created a body of work encompassing chamber music, film scores, dance, opera, music/theatre, and especially music and sound for theatre – over 250 productions at major theatres throughout North America, including Broadway, off-Broadway, Canada’s Stratford Festival, and as a resident artist at both South Coast Rep and La Jolla Playhouse. His many projects include composing the music for the recent LA production of HENRY IV with Tom Hanks, directed by Daniel Sullivan, and additional collaborations with: Christopher Plummer, Stacy Keach, Des McAnuf, Culture Clash, Anne Bogart, Sarah Ruhl, Tom Stoppard, Mac Wellman, Beth Henley, Kate Jopson, and many others. He’s especially proud of his 20-year collaboration with Randy Newman, many projects including orchestrations for FAUST, music direction for Disney’s PRINCESS & THE FROG, and editing five songbooks. 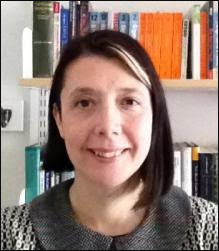 Laura Salisbury is an Associate Professor in Medicine and English Literature at the University of Exeter, working in the English Department and in the Wellcome Trust Centre for the Cultures and Environments of Health. She has published widely on literary modernism, particularly the work of Samuel Beckett, including a monograph entitled Samuel Beckett: Laughing Matters, Comic Timing (Edinburgh University Press, 2012). She has research interests and publications in the relationship between modern literature and neuroscience, is co-editor on Neurology and Modernity: A Cultural History of Nervous Systems (Palgrave, 2010), and is currently completing the monograph Aphasic Modernism: Revolutions of the Word. With Lisa Baraitser (Birkbeck), Laura Salisbury is Principal Investigator on the 5-year Wellcome Trust Collaborative Award ‘Waiting Times’, exploring what it means to wait in and for healthcare. 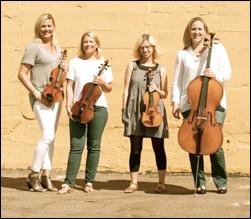 Quartet Nouveau is a San Diego based string quartet known for their energizing and deeply emotional performances earning them a reputation as an exciting emerging Quartet. They have embraced an eclectic philosophy in their programming, performing, in addition to standard quartet repertoire, many lesser known works and world premieres. They are the ensemble in residence with the California Chamber Orchestra, and are dedicated to sharing their music with as wide-ranging an audience as possible, including their recent acclaimed performances at the San Diego Rescue Mission.